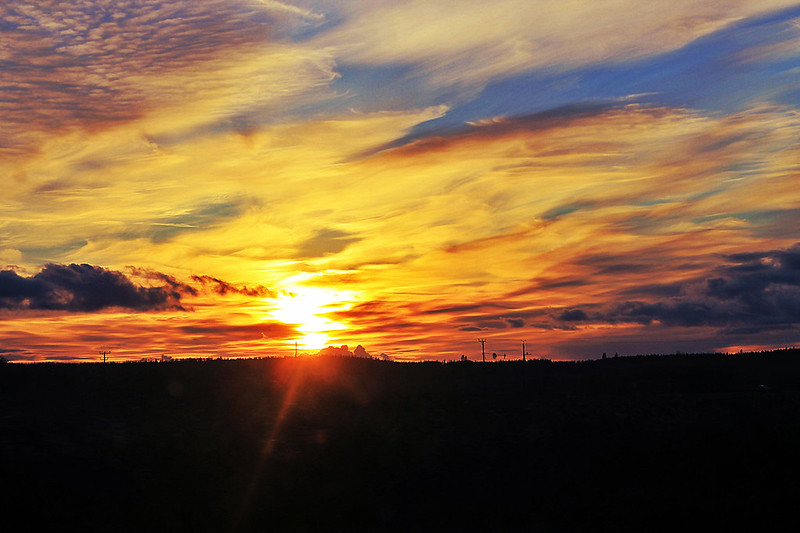 Ever notice that, when caught in the clutches of a stressful moment, some people freak out and do exactly the opposite of what they really want to do, what is in their best interest, and what supports their goals and dreams? If they’ve experienced heavy trauma — especially during their childhood — then reaction patterns like these may keep them tethered to familiar people and situations from their past — keep them running back to the bondage of those familiar trauma ties. Anyone can trigger into survival mode (stress response) when experiencing stress, but for those with serious trauma histories, survival mode may not only automatically catapult them back in time into the reliving or re-enactment of a past trauma, but it may also make the most familiar elements of the past seem safe and comfortable during the survival mode moments (because of their familiarity) — even if they cause pain, or were themselves the source of all or part of the trauma. And, for them, this all takes place automatically, usually seems justified at the time, and then, after the smoke from the illusion of a fire clears, they are often shocked by what they have done. And if it involved a relatively new relationship partner, friend, or job; they may fear they have done too much damage, are “too fucked up,” or may lack the strength to turn it all around. If this happens, then they may expand the range of what they do within their safety zone, but remain tethered to its familiarity and perceived comfort — bound to the past by their invisible trauma ties.

In “The Compulsion to Repeat the Trauma,” B A van der Kolk writes, regarding the development of post-traumatic stress disorder in childhood, “Anger directed against the self or others is always a central problem in the lives of people who have been violated and this is itself a repetitive re-enactment of real events from the past. People need a “safe base” for normal social and biologic development. Traumatization occurs when both internal and external resources are inadequate to cope with external threat. Uncontrollable disruptions or distortions of attachment bonds precede the development of post-traumatic stress syndromes. People seek increased attachment in the face of external danger. Adults, as well as children, may develop strong emotional ties with people who intermittently harass, beat, and threaten them. The persistence of these attachment bonds leads to confusion of pain and love.”

So if we grew up in an environment within which one or both of our parents was intermittantly abusive or otherwise unsafe (psychologically, emotionally, or physically); and yet we had to rely on them for our basic need fulfillment; then our emotional need for greater attachment when feeling threatened by them would require us to reach out to them — which would result in our needing to rely on the source of the pain as a way to cope with the pain they were causing. Since as kids our parents are in charge, the disruptions or distortions in our attachments to them are beyond our control. Needing to rely on the one causing the pain to deal with it can lead to things like learned helplessness, an excessive need for control, and a greater likelihood that, as an adult, we will be initially subconsciously drawn to a partner with similar characteristics (who may harass, beat, or threaten us), and will once again be confusing pain with love (because of the conditioned familiarity).

In “A Helpful Way To Conceptualize And Understand Re-enactments,” Dr. Michael Levy writes, “An individual may also seek out a person who is like a past abuser and reenact a past traumatic relationship out of a need to change the other person in order to feel better about herself. For example, a woman who was abused by her father and who blamed herself for this found herself in a relationship with an abusive man. The woman’s unconscious attraction to this person was rooted in a desire to get him to treat her well, which, if successful, would have ameliorated her feelings of self-blame and badness. She never succeeded, however, and a reenactment occurred. Although her effort was an attempt to master an earlier conflict, it was a maladaptive one: she continued to be involved in a destructive relationship where her needs were never met.”  So even though she was subconsciously trying to master the past trauma through a current relationship — by seeking the familiar and trying to create a different outcome — it backfired, and re-created the past in the present. Dr. Levy further explains, “For many victims of childhood abuse, dealing with other people on an intimate basis is a high-arousal state because past relationships have been marked by terror, anxiety, and fear. As a result, when establishing relationships, they avoid novelty and form relationships that, even if destructive, are similar to past ones.”  This can also help us understand why traumatized people often run from relationships that are notably different from the abusive one — that don’t contain the destructive elements they are trying to gain a sense of mastery over, and that are healthy, functional, and unconditionally loving — because they are unwittingly seeking the familiar and, deep down, don’t believe they deserve anything better.

Van der Kolk goes on to say “People who have been exposed to highly stressful stimuli develop long-term potentiation of memory tracts that are reactivated at times of subsequent arousal. This activation explains how current stress is experienced as a return of the trauma; it causes a return to earlier behavior patterns. Ordinarily, people will choose the most pleasant of two alternatives. High arousal causes people to engage in familiar behavior, regardless of the rewards. As novel stimuli are anxiety provoking, under stress, previously traumatized people tend return to familiar patterns, even if they cause pain.” Here van der Kolk explains that previously traumatized people, when experiencing a stress trigger), will re-enact the past in the present, believing that it is real (based on the activation of memory tracts); and that they will choose the familiar over the novel (even if the familiar causes pain and the new situation is highly desirable), because new things cause anxiety when previously traumatized people are triggered into Survival Mode (experiencing extreme stress).

And, although seeking the familiar through similarly destructive relationships will only prolong the cycle of pain, some forms of familiar — that are not person or environment dependent — may provide safe forms of comfort and relief for people during stressful or traumatic times. In “Music Helps Us Remember Who We Are And How We Belong During Difficult And Traumatic Times,” Emily Abrams Ansari suggests that familiar music brings us comfort, helps us remember who we are, and creates an emotional narrative between the past and the present when we can’t find the meaning otherwise. This is especially true during the traumatic times, but can actually be a trigger during the post-traumatic periods. For example, if “Black Hole Sun,” through its familiarity, brings us comfort during a period of sustained trauma, it could also trigger us back into the reliving of a traumatic event during a post-traumatic moment, if it was also associated with this period in our life, and if the specific trauma was not yet resolved. With trauma, everything is state, environment, and person specific.

So if you’ve noticed people exhibiting such behavior patterns, they might have experienced trauma in their past and be involuntarily seeking the familiar during a time of stress. If so, then this compulsion may seem bigger-than-life to them, even if it appears completely irrational to the observer. It keeps them bound to the past through their invisible trauma ties.

Everyone speaks a unique language and perceives END_OF_DOCUMENT_TOKEN_TO_BE_REPLACED