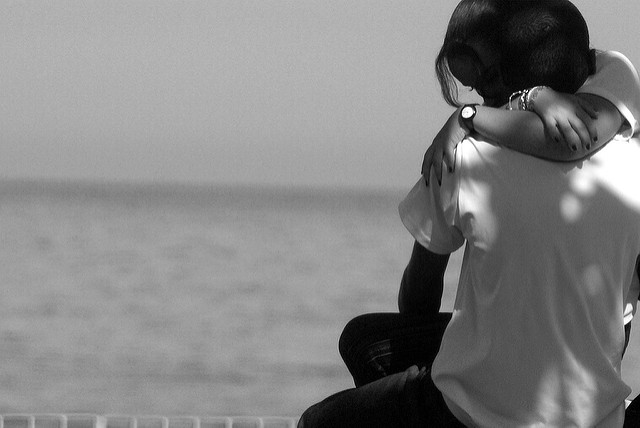 While crawling through volcanic tunnels of transition I etched a few notes on some luminous lava rocks along the way. Then traced my footsteps back to find the writing on the wall. And, now while on hold here in the technology center in the back of the garage of my ocean front home, waiting for Hurricane Lane’s tempestuous tempo to choreograph the dance, without having anything else to do in this moment; I thought I’d try crafting these fiery snippets into an essay on sex and love!

Love has no desire but to fulfill itself. To melt and be like a running brook that sings its melody to the night. To wake at dawn with a winged heart and give thanks for another day of loving.” – Khalil Gibran

Why does best selling author, couples therapist, and clinical psychologist Sue Johnson say that “sex without love is like dancing without music?” Although most of us know what she means by “sex,” despite its virtually limitless social, contextual, and positional possibilities; what do you think she means by “love?” Have we gotten any closer to answering this question — “What is love?”

In this post we will view loveless sex as a combination of survival instinct (First Chakra) along with emotions & a biological drive to procreate (Second Chakra), and love as a heart-centered spiritual awareness of truth (Fourth Chakra) and our ability to sensitively & intuitively communicate about it (Fifth Chakra). Then we’ll consider how it would benefit us as a species to move beyond survival instincts to spiritual awareness in our intimate partner relationships. And of course we would still share the erotic delights of sensuality — with even greater sweetness and ardor — but we would be approaching it from a different direction — spirit-first instead of passion-first (since most of us don’t have to struggle for survival any longer, and there’s no shortage of people in the world).

The Power of the Brain’s Response to Survival Threats

When I went back to a 2014 post, “Gourmet Sex Brings Health and Beauty,” to grab the above quote, guess what I found? Here’s how that post started: “While sitting in my front row seat to the sunrise in our windward seaside home this morning, awaiting the arrival of Iselle and Julio, our stormy visitors from the East scheduled to arrive on Friday and Saturday; what better topic to write about than the health and beauty benefits of gourmet sex.” Interesting. Iselle was the last hurricane that actually hit the Big Island before Lane brushed it this week. And I am focusing on sex while waiting for both of them? From August 2014 to August 2018, and this is what I was thinking about? Hmmm …. Seems a little non-coincidental, doesn’t it. Perhaps my survival instincts are concerned that I could die from the hurricane, and are busy trying to redirect my focus to the creation of someone to replace me? When my sweet buddy Malu was within a few days of his untimely death due to a rapidly deteriorating heart condition, and struggled to walk even a few feet at a time, each time I bent over to pick up his food and water bowl he jumped on my back and began humping me forcefully. In his nine years he had never done that before. He was putting his last breath into the continuation of life.

Our brain’s belief that we are faced with a life-threatening struggle for survival is the most powerful influence on every aspect of our physical existence. For other animals it takes a real threat (or conditioning from the memory of a real threat) to trigger this response. For humans even irrational beliefs and the negative emotions they generate can do it (e.g. stress, anxiety & depression. I had not considered or realized the survival parallels revealed in this section until searching for the Sue Johnson quote from my 2014 post.

Loveless Sex and the Body

Sex is connected to both our survival and pleasure. From our crotch, both the Root & Sacral Chakras (base of spine and pelvic area), our sensuality is expressed. When occurring in the absence of real love, it is nothing more than the enactment of a deliciously disguised instinctual drive to procreate. But is our survival at risk — is humanity in danger of extinction? Why do we continue to re-create survival-based processes century after century, when this struggle, for most of us, ended a long time ago? It’s time to focus on real love, develop spiritually, and grow out of the survival mentality. This would not only remove the objectification, exploitation, and other destructive effects from a pre-occupation with loveless sex; it would, in my opinion, also significantly decrease the occurrence of most forms of what we call “mental illness.” This is because “mental illness” usually follows the “stress response,” which triggers us into Survival Mode, where our brain believes we are faced with life-threatening danger when we are not.

Over the years, since we have ironically risen above a daily struggle for survival, our ego, with its insatiable hunger to get what it wants and avoid what it doesn’t want, has become linked to a perceived survival struggle (as if there is a threat to our very existence if our ego wants are not satisfied). When our ego is threatened, our brain now responds as if our life is in danger, and activates Survival Mode — which launches our fight or flight response, resulting in variations on a stress anxiety & depression theme.

Think of all the extra time, money, and other resources we would have available to us if we were no longer being influenced by, either consciously or subconsciously, a pre-occupation with loveless sex, and other forms of “mental illness.” Imagine what we could do if these resources were freed up — like focus on real love, invest in our relationships and families, grow spiritually, feel awesome about ourselves regardless of what we look like, advertise based on the truth of products and services, greatly decrease the occurrences of rape, pornography, and other forms of sexual deviance; significantly decrease the prevalence and severity of physical and emotional suffering; and increase the presence of peace. Sound idealistic or utopian? I guess it could if you think about it that way.

Remember that, when the stress response is triggered, our brain will not allow us to focus on any thoughts, feelings, or actions unless they are related to our survival. So, while in this state, everything seems like a crisis — literally a struggle for survival — and this applies to thoughts (distorted in direction of crisis/emergency state), feelings (extreme and focused on generating anger/aggression to fight or fear/panic to run away) and behaviors (strategic and focused on self preservation/desperation — including with sex). So while in this state, we experience extreme and irrational forms of stress, aggression, and fear that are not related to anything real — and we are unable to access anything else (the rest of the story that would show us what was really going on — that would provide physical and emotional relief and mental clarity). If we make decisions during such states, they are usually based on grossly exaggerated irrational beliefs about threats that aren’t really there. Unless we are involved in a truly dangerous situation, it is best to wait until we return to a state of calmness and clarity before making decisions. If there is real danger, then of course act now — this is the purpose of these natural biological instincts anyway.

Entertainment, advertising, pharmaceutical, and countless other industries use sex to sell. This age-old male-focused tradition has, during the past 10 years or so, been expanded to now include selling sex to women. Instead of eliminating this destructive pattern of social deviance because humanity is allegedly evolving, it is expanding into broader repertoires. Sexy is increasingly portrayed as beautiful, desirable, and superior. And this isn’t sex within the privacy of a committed relationship either — this is sexual objectification to the masses.

When it happens from the top down, as is currently being modeled by the disgusting slime monster we have for a president, and when it becomes increasingly common within our day-to-day milieus; we become further desensitized to it and it just starts seeming normal. And, speaking of loveless sex in conjunction with our esteemed national leader, as part of his election campaign he directed those working for him to pay off playboy and pornography prostitutes he paid to have sex with in order to help get himself elected. At any level of consideration, sex and money are incestuously intertwined in our denial-based society.

And, although as a peaceful spiritualist I am notorious for staying out of politics, an impeachment proceeding during the Mid Term will bring hope to a dying country, and is long overdue. This arrogant asshole — uh-hmm, I mean president — exhibits the grandiose delusions of someone suffering from bi-polar disorder, and the lack of conscience of a sociopath. What is his excuse?

Love and Our Spirit

As we begin to age, when our body shrinks and shrivels, and then when our body dies; what are the things that will matter? What will we take with us into our later years, and with us when we die? Inner things, right? Spiritual things. Regardless of our religious beliefs, or philosophical orientation, it seems to be commonly understood that this is where our real value lies. So then why do we, like mesmerized addicts, invest so much of our time, money, and emotion in the empty glitz and glamour of variations on a loveless sex theme (e.g. objectification, demoralization, pornography, sex-to-sell, sexy-is-beautiful, etc.)?

Why not focus on improving our relationships, health, and natural beauty with higher love and sweeter sex? For instance, if we share real love with an intimate partner, we can improve our relationship with yoga and heart-centered sex. Gourmet sex, or sensuality expressed to a partner we share Fourth Chakra love with, brings us natural health and beauty from the inside out. Such love can also be the source of sexual healing, a sweet realization that is now supported by science.

So let’s join together, as spiritually developing people, and leave all variations on a survivalist sex theme behind. Let’s make love expressed from within a committed relationship the basis for the sharing of sensuality. Let’s leave loveless sex, and all its ego-driven, advertising-based, entertainment-industry-promoted misrepresentations behind with the primitive relics they are actually a part of. We don’t need to struggle for survival any longer. Let’s focus on love instead!

Maybe those things you did, while you were in that END_OF_DOCUMENT_TOKEN_TO_BE_REPLACED