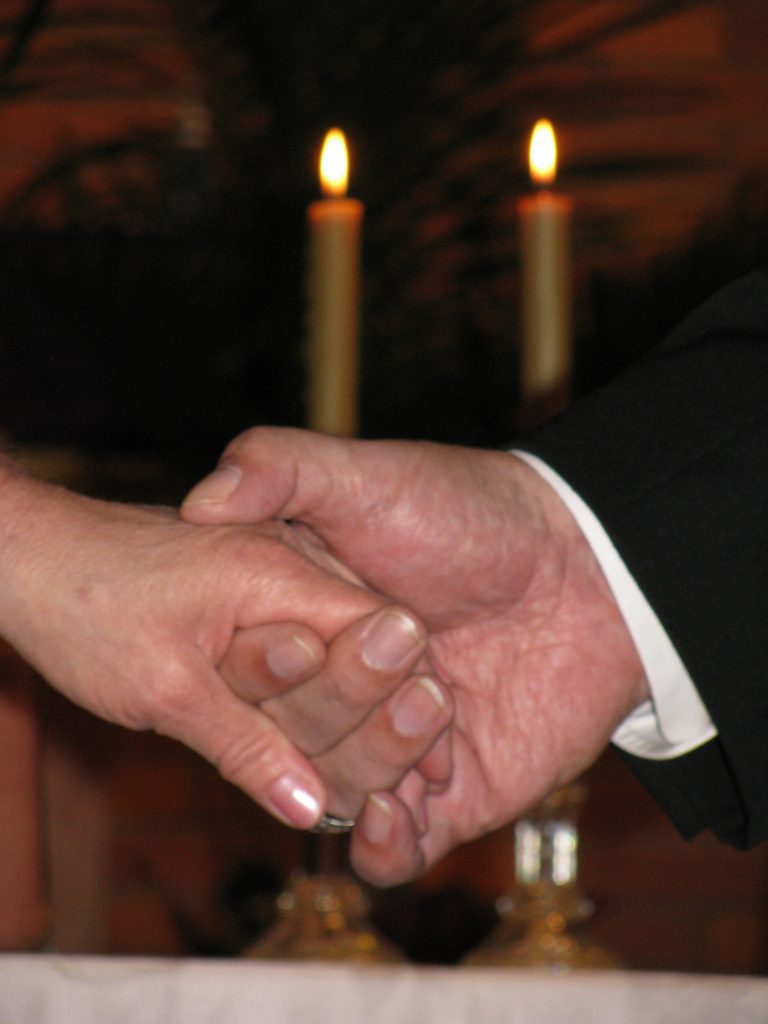 When a commitment, promise, or apology is spoken, the proof of its sincerity is evidenced when the words are put into practice — the proof is in the putting. Such follow through is easier for some than others, and isn’t even considered by many. Some say what they need to say to get what they want to get without ever intending to follow through with their expressed or implied pledges. For example, some corporations put billions into advertising, promising to deliver desired commodities, along with the moon and a kitchen sink or two; with the primary purpose of making a sale. They dazzle us with compelling, convincing commercials dramatically depicting how much they care, how much better they are than everyone else, and what amazing qualities their products or services possess. They may even falsify, or Trump up data in support of their claims. And then, what usually happens after the sale is made? Sadly, individuals often act similarly when trying to sell something about themselves to others in order to get something from them. Their words may lack veracity and actions follow-through. Increasing our awareness of such persuasive armed marketing strategies can help protect us from those who are charasmatically wielding them, and may also prevent us from choosing to use them ourselves.

When someone makes a commitment to stop lying, promises to stop drinking, or apologizes for punching their partner in the proboscis; the proof of their sincerity can be measured by their follow-through. Words alone mean nothing. If Fifi has a nasty habit of lying to avoid responsibility, makes a commitment to Gianni that she will stop lying no matter what it takes, and then focuses on becoming a smoother, better liar so Gianni won’t catch her anymore; she is obviously not following through with her commitment. If Rhonan has a drinking problem, promises Meghan that he will stop, and then starts hiding his alcohol around the house; what value do his words really have? Maybe Fifi and Rhonan are pursuing the same curriculum. If Donald is a perpetrator of domestic violence, apologizes to Melanie for beating her up pretty badly, and then hits her again the next morning because her bruises made him mad; did his apology really mean anything? What do Fifi, Rhonan, and Donald have in common? Words alone mean nothing. The proof is in the putting.

If we have broken someone’s trust in these or other ways, and if we fail to follow through with our persuasively promulgated pledges, then they probably won’t trust us anymore. This is because we lied to them. We said one thing, and did another. Ever had this happen to you? How did it feel? Did you trust the person or organization afterward? If so, how long did it take, and what led to the rebuilding of your trust? We can offer the gift of trust, but when it has been violated, shouldn’t it have to be earned back? We can give it for free, without it initially needing to be earned, which is really more like faith; but when it has been broken, doesn’t the violator need to rebuild it according to our specifications? If we fool ourselves into believing otherwise, then we may be setting ourselves up for continued disappointment, and reinforcing these destructive, irresponsible habits in others. Words alone mean nothing. The proof is in the putting.

Since the foundation of healthy, heart-centered relationships is truth, responsibility, and love; and since the spiritual awareness of truth is a prerequisite of our access to Fourth Chakra love; following through with our stated pledges will increase our likelihood of finding and sustaining real love. This is because such follow through reflects a truthful, responsible character. It helps people trust in us, have faith in us, and believe in what we promise. This elevates our vibration, increases our spiritual awareness, and helps us recognize and share such sacred sweetness! Words alone mean nothing. The proof is in the putting.

When we do what we say we will do at work, especially when we do it consistently, others will be able to trust in our words. We have all known people like this, who we never question, and can always count on. Most of us have also run into those who do as little as possible, rarely follow through, and are always watching the clock. Such people can put a burden on their colleagues, decrease morale, and adversely impact the company deliverables unless others stress to cover what they failed to do.

Companies themselves can be just as guilty of this as their employees. When they focus more on the bottom line, power and control, or politics than how fairly or responsibly their employees are treated (their real assets), they are usually failing to follow through with their commitments to and contracts with their human resources. They may also be decreasing productivity, increasing illness and medical claims costs, inhibiting work performance, increasing absenteeism and tardiness, adversely impacting morale, increasing their turn-over rates and hiring costs by doing so. Aside from the ethical, moral, and spiritual factors related to following through with our commitments; and the mental and physical illnesses that can arise when we fail to follow through; such irresponsible choices can also impact our financials. Words alone mean nothing. The proof is in the putting.

Dealing with people or organizations that have proven themselves untrustworthy can be stressful. This is because we always have to wonder if this will be one of those times, if we need a back-up plan in case they don’t follow through, or if we will need to cancel our plans again because of their destructive choices. Stress is the leading cause of most forms of physical, mental, and emotional illness. Company policies can help the workplace mitigate these effects to some degree, but what about relationships? Maybe we should all develop our own personal policies to govern such potentials. Words alone mean nothing. The proof is in the putting.

Some people, including those experiencing neurological or psychological conditions traditionally referred to as Autism Spectrum Disorders, Attention Deficit Disorder, Bi-Polar Disorder, Fetal Alcohol Effect, Post-Traumatic Stress Disorder, drug-induced organic psychoses, or diseases of aging; may have a harder time following through than others. This is often because their brain works differently than most. With education, training, and/or relevant adaptive aids/assistive technology, they may be able to compensate for their deficit and learn how to manage things more responsibly. If we know someone who seems like they really want to be truthful and responsible, and no matter how hard they try they just can’t seem to do it; then they may be experiencing one of these neuro-diverse or psychological conditions. This is not to make excuses for anyone, but rather to focus on understanding and love. For instance, if we understand that someone has such a struggle, then we may not choose to enter into certain types of agreements with them, because we would understand that they might not be able to follow through. And, if they tried and failed, we might be more understanding, and focus on ways to encourage their success rather than terminating our contact with them. It might make it easier for us to forgive them too.

Forgiveness is a powerful form of love when we offer it with sincerity. Forgiving does not mean that we condone irresponsibility, abuse, or selfish disregard. It means that we accept, without resistance, what has already happened, and pardon ourselves or others from transgressions of attitude, word, or action. Since whatever happened has already occurred, it is pointless to resist it by remaining upset, avoiding, denying, or creating fiction to replace the truth about it. These things represent a lack of acceptance of the truth of what happened, and an attempt to avoid it or replace it with something more comfortable. Doing this only prevents the resolution of the current transgression, reinforces what caused it, and makes it more likely that something similar will happen again. Forgiveness is essential to healing and growth. It is sometimes easier to forgive others than ourselves, but we cannot let go of something, and stop its destructive effects, if we don’t accept its truth, forgive ourselves, and let it go. Failing to do this means it will always be there in the background influencing our choices of thought, words, and action. Words alone mean nothing. The proof is in the putting.

The Proof Is In The Putting

When we follow through with what we say we will do, people can believe in us again, and we may even be able to start believing in ourselves. Doing so will rebuild trust, strengthen relationships, improve work performance, and decrease stress. When we, or others, are unable to follow through with something, it is important to understand why and forgive. Words alone mean nothing. The proof is in the putting.

Maybe those things you did, while you were in that END_OF_DOCUMENT_TOKEN_TO_BE_REPLACED