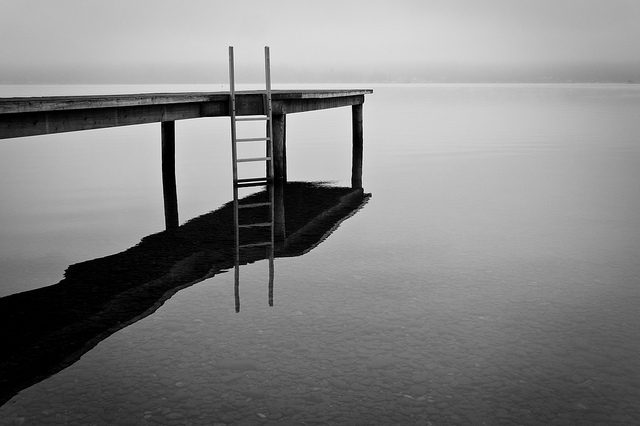 We often think of negatives as something to be avoided, like they are bad for us, but in truth, they are a necessary part of being human. While we do not want to intentionally invite danger, stress, or tragedy into our lives, when we encounter it, it may help us to perceive it as a requisite element in our existence, healing, and growth. Substance is based on the interplay of positive and negative atomic particles. Every cell of all sentient beings, including humans, is, in part, alive because of the balance of positive and negative charges in and around the cell, created by the presence of both sodium and potassium. Without these positive and negative charges, the cells would decay and die. Too much positive creates an imbalance, and dis-ease. Too much negative does the same. When we remove the mental interpretation from our negative experiences, and balance our perspective related to them, then we can stop ourselves from generating negative thoughts and emotions about our negative experiences, and more easily see them as a necessary and valuable part of life. Remember, negative thoughts and emotions are only intended to occur when we are faced with eminent mortal danger. In the absence of such threats, they are misdirected evolutionary survival instincts. When we go through negative experiences without generating negative thoughts and emotions to attach to them, then we, like a dog or a tree, will be living naturally.

As a spiritually-based guy who has sustained a number of traumas, I will offer some examples from my own life. Three major ones included the loss of my external vision, a serious car accident, and a brutal assault. Both the accident and assault resulted in me flatlining. The loss of my vision occurred gradually, over a period of years; and progressed most quickly when I was between the ages of 14 and 22. I was assaulted by eight drunk rednecks at a club after a gig while I was helping the roadies pack up our gear after a long night’s performance. The accident happened when a drunk driver ran a red light and hit my girlfriend and I when we were on our way home from a health food store. Although losing my vision created many practical challenges in my life, and at first a lot of anxiety; when I accepted it, and myself, it, and the processes it stimulated, became my greatest strengths. Although I filed charges, and did my best to hold the assailants accountable; I accepted what had happened, and met up with them in the same club about two weeks later and forgave them (even though my jaw and nose were broken, and a few teeth kicked out). The accident happened when I was in college, and I was back in school in less than a week, stitched up like a baseball. All three of these situations were tremendously empowering. I learned how to accept life and myself much more through them. I discovered a much broader awareness of spirit, and through it physical resilience. I learned that nearly anything can be overcome. I was taught that I am really on my own, and responsible for myself. I met some of the most influential people in my life, mentors, friends, and change agents; by going through these processes. They were the shadow that helped me recognize the light. Creation is light and shadow both, else no picture is possible.

Maybe those things you did, while you were in that END_OF_DOCUMENT_TOKEN_TO_BE_REPLACED