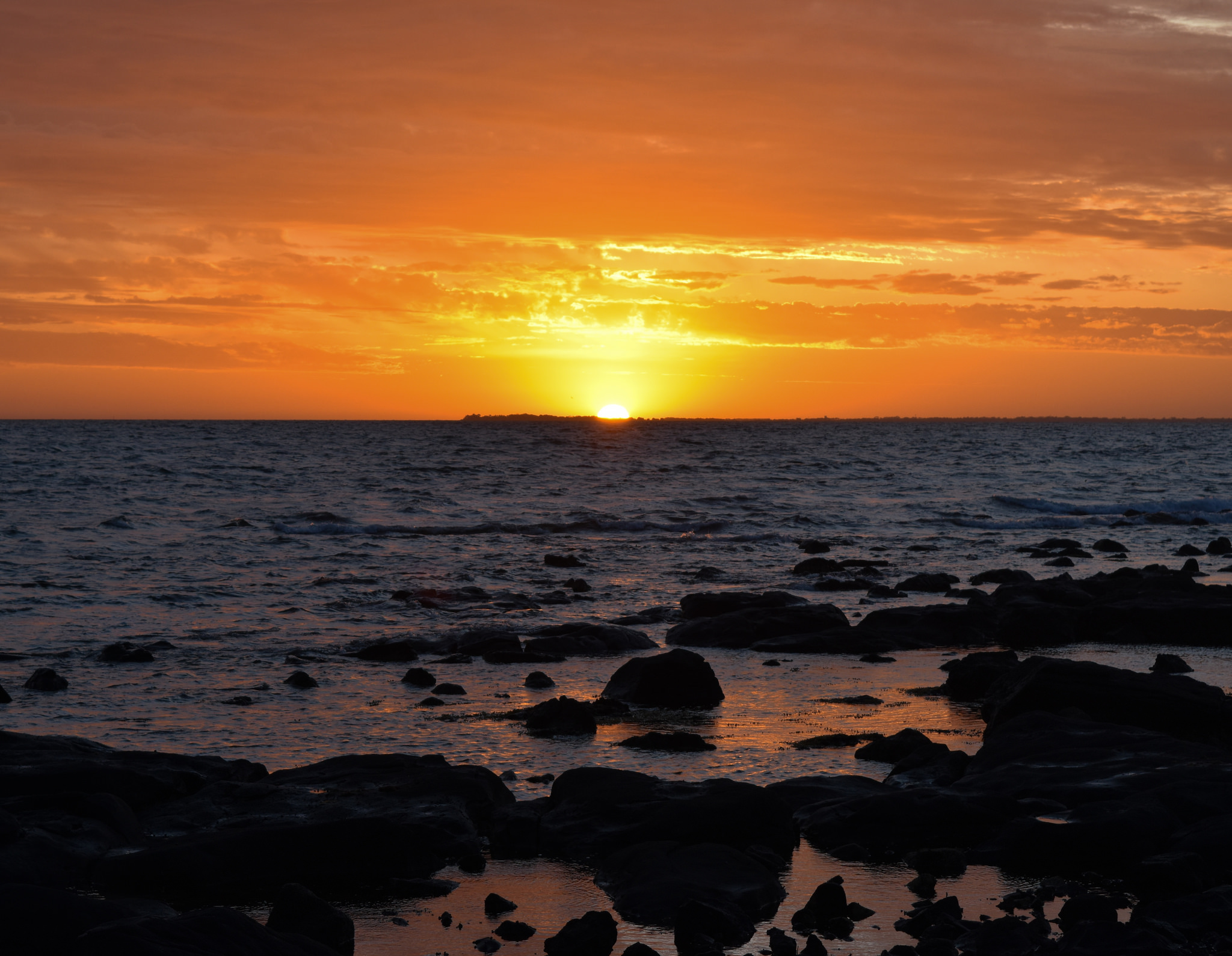 The Power of Promises: We Are Only As Good As Our Word

When we tell someone, or ourselves, that we will do something, or that something will happen because of our choices; we will either follow through with what we said, or we won’t. If we do, then we become known, to others and ourselves, as a person of honesty and integrity. If we don’t, then others either don’t take us seriously, or don’t trust us. And we really can’t trust ourselves either. For us, when we do what we say we will do, our vibration is elevated, conscience clear, health improved, and energy increased. When we don’t, our vibration is lowered, we experience obvious or disguised forms of guilt, shame, and self hatred; we carry more stress, and its physical, mental, and emotional manifestations; and we feel weaker, and have less energy. For others, if we follow through with our promises, then they will benefit from both the content of what we committed to doing, as well as the process of being able to believe that someone will actually do what they said they would do. If we don’t, then they will experience disappointment, hurt, whatever the practical consequences are from the broken promise, distrust, self doubt, and possibly an inability to trust others in the future (trust issue). When we say things, whether carefully thought out, mumbled automatically or impulsively in the moment, or subconsciously based; our words carry more power than we usually realize. We, and those we make the promises too, are clearly affected by them.

The Role Of Perception In Interpreting Others

When we have stress or issue triggers we may misinterpret others because of the mental state we are in; or our past experiences, and the expectations they have created (e.g. having been lied to, and having developed trust issues). Stress triggers may cause us to believe that someone is not trustworthy when they are, that we are under threat when we are not, and that we need to take action against or run away from someone when we don’t (fight or flight of stress response). When we know we are stressed, or can see that we probably should be based on what is going on around us (even if we do not subjectively feel stressed), then we should wait until we are in a less stressful place before trying to interpret someone’s trustworthiness, or make decisions based on it. If we have issue triggers (e.g. trust issues), then we need to do our best to factually sort things out, maybe with the help of a therapist or spiritual teacher; or journal; and separate our past hurts from our present experiences. If we have both stress and issue triggers, then we want to first get ourselves out of the stress response, by calming ourselves and relaxing (perhaps through meditating), and then, when we are no longer stressed, focus on clearing up the issue triggers.

So it is important to remember that our word is sacred, and to only make promises that we plan to, and are capable of delivering. Becoming more mindful of what we say to ourselves and others, and what it really means, will help with this. Avoiding committing to things to appease others, or to help us get through uncomfortable situations, if we don’t really plan to follow through with them; will also help us be more responsible with our promise keeping.

Releasing Harmful Ones We Made To Ourselves

Sometimes there are promises we made to ourselves in the past that may be hindering our present effectiveness. They could have been made earlier in this life or, for those of us who recall past lives, a previous one. Such promises might be remembered, or forgotten; and could be conscious or subconscious. But, either way, they will be affecting us. For example, I once worked with a woman who was lied to, abused, and cheated on in a relationship in her early twenties. She vowed to herself that she would never trust a man again. Since then, she has been tormented by her inability to deeply trust men in relationships, including a wonderful man she really loves. She has not been able to maintain a relationship since making this promise to herself. Although part of the reason for this could be the trust issues that developed because of her experience, part of it was also due to the fact that she was keeping her promise to herself (even though the distancing and sabotaging was happening at a subconscious level). . If we made such a promise, then we might want to review them to see if they are currently serving the greater good in our lives and, if not, consciously release ourselves from them.

In my own life, I was haunted by an inexplicable, and self-sabotaging habit until I discovered its roots in a past life. Although I deeply wanted to share the depth and sweetness of an open-hearted love relationship with a woman, every time I got really close to someone, I would do something to end it. This wasn’t because of the insecurities we sometimes have, when in the throws of vulnerability. It was something coming from somewhere else that was much bigger than I was. Once, while on Kauai for a month to receive some shamanic skills training, I had an experience that completely changed my life. While in my Kapaa hotel room, with a balcony overlooking the ocean, I fell asleep with my slider open, listening to the peaceful waves. I woke up in a fierce storm, in a large, double hulled sailing canoe, on the open ocean. I was the navigator responsible for the guidance and safety of the ship and her crew. I had abandoned my post, because the weather had been calm; to share some sensual moments with a girl I was addicted to. When the storm came up, and they can come up really fast, we were so busy enjoying each other that we didn’t notice. Just before I, and everyone else died because of my irresponsibility, I vowed that if we made it through the storm, I would never allow my interest in a woman to ever interfere with my duties and responsibilities again. And then we all died.

On this November night I relived this experience completely, including my own death because of it. After going through it, while lying in bed, I could not move a muscle for hours. When I could finally move my left arm enough to reach the phone on my night stand, I called my traveling companion, who was in a room upstairs, and told her that I would not be able to attend the morning session, and would explain later. I continued meditating, which is what I had begun doing when realizing what had just happened.

After four or five hours of meditation, I was finally able to move my whole body again, and the light turned on. I realized that the reason I had been experiencing the patterned anxiety and resistance to getting close to women I liked was because of what had happened in this past life. I had made a promise to myself that I would never again allow my interest in a girl to cause harm to anyone; and subconsciously, through the Seed Sheath of the Causal Body (Ayurveda), I was doing my best to keep this promise (and over-adjusting to make sure that it could never again occur). I then released myself from this commitment, felt a wave of relief sweep over me, and have never again experienced this phenomenon. When I allow myself to be completely vulnerable to someone, in an open-hearted love relationship, I do feel the full range of emotions, the rushes, fears, and insecurities; and I love this; and I also know that this is my choice, and that I could always choose to take it back; but I have never again experienced that previously unexplainable preoccupation with distancing and getting rid of girls if we started getting close. Releasing this freed me from the ancient promise I had made to myself.

When we have made promises that conflict with each other, then I recommend that we resolve them by prioritizing. A simple way to do this is to determine whether the promises are related to our spirit, or the spirit of others (spiritual world); or if they are based in the human mind, or human condition (material world). I believe that spirit-based promises are the highest priorities, and everything else comes after them. If both (or all) priorities are spiritual, then we must determine which of them serves the greatest good, and select accordingly. If we must decide between/among material world priorities, then, again, it would be best to select based upon which promise serves the greatest good. If we give ourselves permission to do this, then we will elevate our vibration, and the vibrations of others; and contribute to the further awakening of the universe. And please remember, our words are sacred.

Madisyn Taylor wrote an amazing paragraph, that, to me, seems like a prayer (although she did not intend it to be). I would like to finish with this today.

“We may ask to be released from any promises made to ourselves or others in our present, past, or future lives, consciously or unconsciously, that are holding us back from fulfilling our greatest good. We may ask that love, light, and healing be sent to any souls who have suffered from our inability to be true to our word, including ourselves. We can ask for the wisdom to do our best and from this point forward to be true to our word, promising only what we truly intend to deliver. The resulting clear conscience and liberated energy will illustrate this truth: We are only as good as our word.”

Maybe those things you did, while you were in that END_OF_DOCUMENT_TOKEN_TO_BE_REPLACED