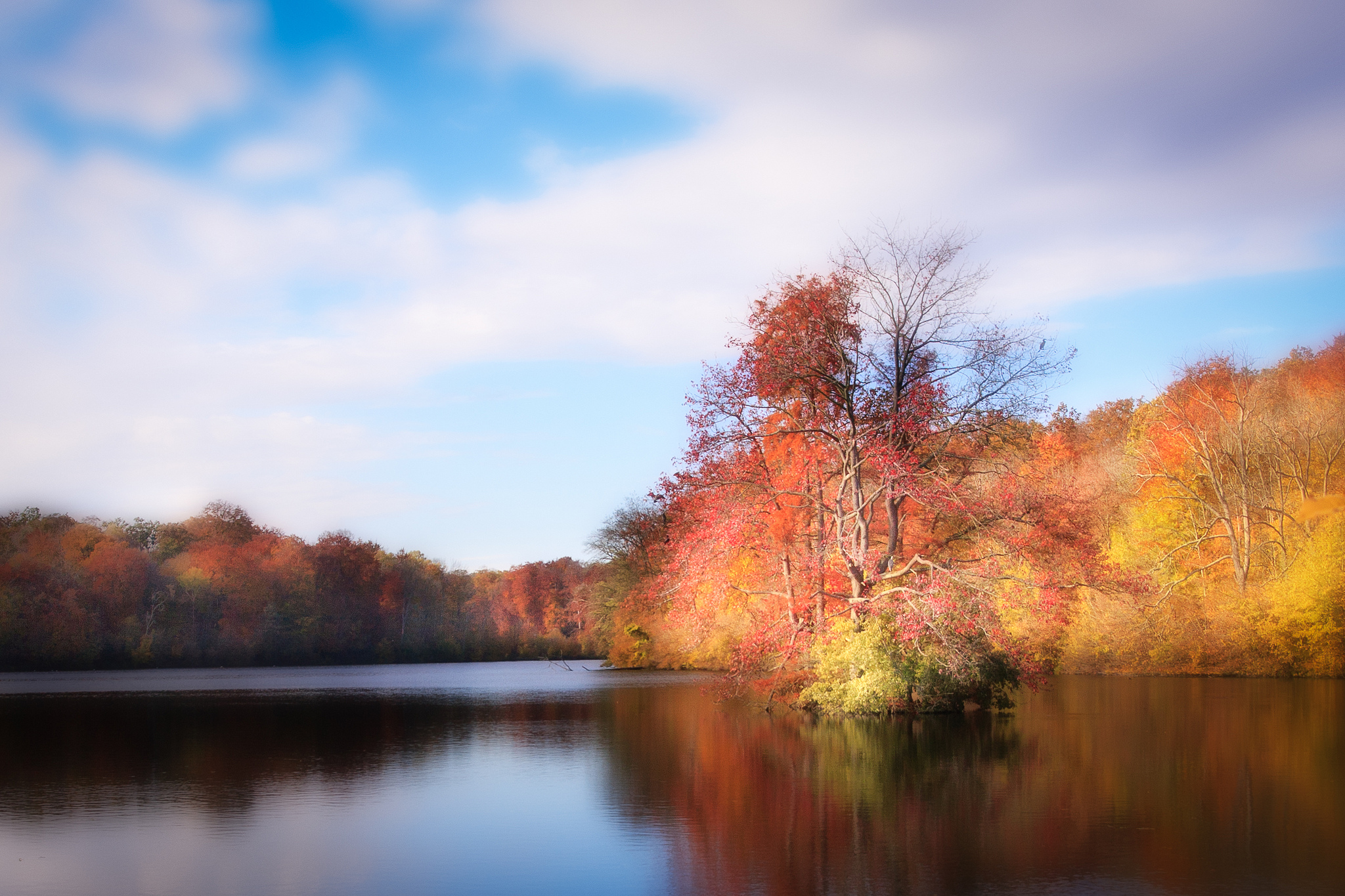 It can be hard enough, at times, for us to accept our own imperfections; but when someone we have become vulnerable with uses our flaws in an attempt to gain some kind of advantage over us, we may be shaken back down into lower places in our minds. Vulnerability can bring out the best and the worst in people. If we have unresolved issues, like inadequacy, unfairness, control, or abandonment; that we believe have been resolved; what we may discover when connecting with someone at a deeper level than usual, is that the issues are still there. They were just not being accessed because we were not previously going deep enough to find what remained of them. Real love, if we allow ourselves to become vulnerable in it, will expose any issues lingering at the deeper levels. Depending upon how we perceive and respond to such discoveries, they can either be a wonderful gift of love, encouraging us to complete the healing process; or they can explode into the nightmare that intensifies our issues and destroys our dreams.

Many, if they have seemingly worked through their issues, and if they believe them to be resolved; will have a tremendous ego investment in holding on to this belief. So if, through the deeper level of vulnerability shared within a real love connection, their issues are triggered (the ones they thought they had resolved), the likelihood is that they will attribute the causes and effects of their trigger responses to their partner. They do this because they do not consider the possibility that they could be causing it, since they believe that they no longer have this problem. They may take this position in the face of compelling evidence to the contrary. Defenses are not rational, and truth is irrelevant to them. If what triggered the issue reaction was the partner sharing more deeply and openly, then she or he may begin feeling unsafe in the relationship.

For example, if someone who had made extremely poor relationship choices in the past; because of their inadequacy, unfairness, control, and abandonment issues; was now living a relatively healthy, balanced life; believing they had overcome these issues; and then met their soulmate and fell deeply in love; interesting things could start happening. If their issues were still alive at a deep level, and if they were triggered by stress then they could start reliving scenes from their past, while believing wholeheartedly that they were fully experiencing what was happening in the present. And they could be perceiving and reacting to their soulmate as if they were identical to the previous partner they were actually reacting to. Let’s say the previous partner controlled with excessive micromanagement and rage on a regular basis, and threats of suicide when desperate; and the current partner expressed genuine interest in their sweetheart’s life, and wanted to be included; this interest could be perceived very positively when not triggered, and could feel like control when triggered. If the soulmate ever said they couldn’t live without their partner, or that they would want to die if they lost them; this could seem super sweet when not triggered, and feel like the control maneuver when triggered. They themselves may have said the same or similar things as well. But when they trigger, perceive their partner based on the past relationship, and then react based on these distorted perceptions; it could seriously change the course of the relationship. And, because they may not want to consider the possibility that it is actually them, and not their partner; they may put great intensity into their responses, push their soulmate away claiming that they are psycho like their ex, fabricate additional points to support their position, ignore their own contributions to the problem, and sever what could have been the most important relationship of their life. Of course, it still could be, since anything can be overcome.

In this example, it is their vulnerability that is allowing them to access thoughts, feelings, and triggers at a deeper level. It is the same vulnerability that is allowing them to love so deeply. But, unfortunately, most who freak out like this, either because they are truly unaware of what is happening, or because they do not want to believe they are capable of still having such issue reactions (they don’t want to be wrong); will either end a relationship, or demand that their partner take responsibility for what they themselves thought, felt, said, and did. If their partner does this, in the spirit of acceptance and peaceful resolution, they may be setting themselves up for a life of it, while reinforcing their soulmate’s issues; and neither may fully understand what is going on. I continuously bring this dynamic up, in various ways, with numerous examples; because it is one of the most common, and least addressed of the problems I find when working with couples.

Understanding and Overcoming Stress and Issue Triggers Will Transform Our Lives

Understanding and overcoming the effects of the stress response and unresolved issue triggers will transform our lives. Mastering these two dynamic processes will foster mental clarity, wisdom, personal responsibility, improved health, and greater happiness. Truly comprehending and managing the stress response, and overcoming personal issues will make it possible to sustain the progress made within our healing work. Otherwise we may encounter either internal or external instability, and may not understand why (usually attributing it to external things or people).

Stress, or hypertension, is the leading cause of most physical, mental, and emotional problems. We all succumb to its pressurizing perturbations from time to time, and for some, it has become a way of life. Stress is experienced by the body, mind, and emotions as strain, tension, and worry; and, in most cases, is preventable. It is more than just a simple response to cognitive, environmental, or genetic factors. It completely changes how our brain functions. Stress informs the brain that we are in danger. When receiving this message, it rallies its resources and prepares its troops for battle. After this red alert status is triggered, our neural net shifts us into Survival Mode (stress response), where it limits thought, perceived possibilities, and courses of action to those associated with preserving life in the face of mortal danger. It also turns off the body’s normal repair and maintenance systems to free up all available resources for what it believes will be a struggle for survival. This is why chronic stress often leads to progressively more severe forms of physical, mental, and emotional illness. It can also damage brain structure and connectivity. Stress, whether manifesting as anger, fear, or shock; or states like depression and anxiety; originated as an instinctual aid to help focus us on survival when confronted by an imminent threat. In the absence of real danger, we were not intended to experience such negative thoughts or emotions. They were not supposed to take away our happiness.

Personal issues are hypersensitivities to attitudes or behaviors based on our cognitive and emotional reactions to experiences from the past. Common issues include inadequacy, unfairness, control, and abandonment. Inadequacy issues can result from how we were treated, how we perceive we were treated, or something different about us that causes us to feel like we are less than others, unworthy, not good enough, or like we are a failure (either generally or in particular ways). Typical defenses against an inadequacy issue include always needing to be right, acting superior to others, or being a know-it-all. Unfairness issues can result from abuse, perceived abuse, preferential treatment, or extreme hypersensitivity. Those with unfairness issues often believe that they are being unfairly treated when they are not. What seems fair to them is usually an over-adjustment in their direction, so they are receiving more than their fair share, or everything they want. When this is not happening, they may feel victimized. A common defense against this issue is to play the victim in order to help them get a larger portion of what they want (but they do not realize this — they believe their perceptions are valid). And, remember, these issues were usually generated by legitimate experiences of unfairness in their past (when they were actually victimized in some way). Control issues are typically formed from people being out of control in a painful or scary way (physical abuse, sexual abuse, emotional abuse, overbearing, punitive parents). A common defense against this issue is to have a higher than normal need for control; over people, places, and things; but especially people. And, as with all issues, those with control issues believe their perceptions are accurate and valid. They do not see, for instance, that they are being overly controlling. And, when they do not have 100% of the control over a situation, they usually perceive that they are being controlled. It is an all-or-nothing phenomenon. Unfairness and control issues often occur together, since they are both commonly generated from abuse. Abandonment issues result from being painfully left behind, or rejected, by someone important to us. These issues often cause us to feel insecure in relationships, because normally occurring problems, or expressions of dissatisfaction, may be perceived as catastrophic threats. A common defense against abandonment issues is to either do anything to please our partner, at the expense of our own needs; or run at the first sign of a threat.

So the stress response, resulting from negative emotions, causes us to believe that we are under threat; and any issues that are triggered while we are in a stress response, will suddenly carry the intensity of this state (believing that we are under threat). Without personal issues, the stress response is tricky enough to understand and manage; but when issues interact with it, it can be virtually impossible to sort out until we return to a safe and relaxed state. So it is critical that we avoid making decisions, especially life-changing ones, when in either or both of these states. Because we may not recognize when we are in one, a guiding principle could be that, if we are experiencing strong negative emotions of any kind, we should avoid making decisions (no matter how much we might feel like doing so at the time).

“Our Love Will Find A Way” is developing beautifully! This update includes Sarah’s amazing background vocals. We still need to record the final lead vocals, lead guitar, and other keyboard accents; but our song is definitely coming together! Please check it out over there in the audio player, and please share your feedback. Have an awesome day and week!

Maybe those things you did, while you were in that END_OF_DOCUMENT_TOKEN_TO_BE_REPLACED