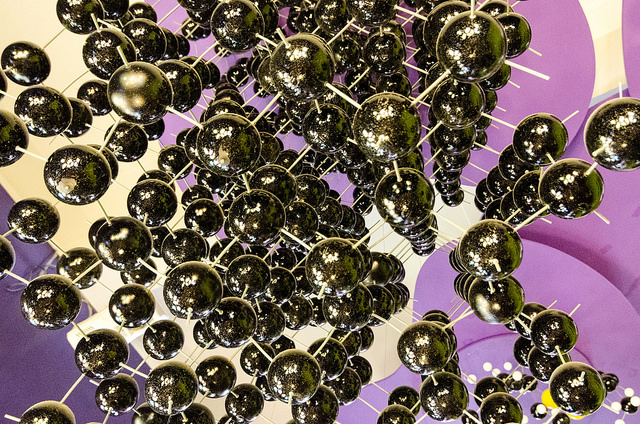 Viewing what we in the West call mental illness through a variety of paradigmatic windows provides a broader gallery from which to see such life occurrences. In my last post we considered a shamanic perspective, within which “mental illness” was seen as the awakening of a healer. In this one we will take a look at orthomolecular psychiatry, “the treatment of mental disease by the provision of the optimum molecular environment for the mind, especially the optimum concentrations of substances normally present in the body.”

Through the Looking Glass

In his critically acclaimed 1968 paper “Orthomolecular Psychiatry,” as published in the journal Science, Dr. Linus Pauling introduced the term orthomolecular. This followed the groundbreaking work of he and Dr. Harvey Itano who, in 1949, discovered that the cause of sickle-cell anemia was an abnormal molecule; which ushered in the era of molecular medicine. His hemoglobin research led to revelations related to the role of enzymes in brain function. When discovering that psychiatrists Abram Huffer and Humphrey Osmond were successfully treating schizophrenia with niacin, the B vitamin that prevents pellagra; he gained support for his claim that varying the concentrations of naturally occurring bodily substances can aid in the prevention and treatment of both physical and mental illness. In other words, it is having the right molecules in the right amounts. The treatment of diabetes with insulin and the prevention of goiter with iodine are further examples of orthomolecular medicine. Although some orthomolecular scientists view their approach as an extension of traditional western medicine, and others an alternative genre; I am including it here because, for many of us, its wisdom remains hidden behind the conventional pecuniary curtain.

According to orthomolecular psychiatry, healthy mental functioning requires the existence of a particular blend of substances in the neural environment. This involves the presence in specific concentrations of molecules of numerous substances in the brain. Each individual requires differing amounts of these substances, and what each of us needs usually changes over time. Our environment and genetics play a role in the production and processing of these needed substances. Since the late eighteenth century, scientists have observed and documented various ways the mind is determined by its neuromolecular environment. The mind-altering effects of nitrous oxide, hallucinogenic drugs, and general anesthesia demonstrate this fact (due to their molecular influences on the mind).

Mental illness, usually connected to physical illness, can result from low brain concentrations of thiamine (B1), nicotinic acid or nicotinamide (B3), pyridoxine (B6), cyanocobalamin (B12), biotin (H), ascorbic acid (C), and folic acid. Mental health and behavior are also influenced by changes in the brain concentrations of other naturally occurring substances such as L(+)-glutamic acid, uric acid, and gamma-aminobutyric acid. A comprehensive review would fill the shelves of an evolutionary healing library. My hope, through this post, is to open the curtain just enough to awaken others to this simple, natural light. If there is even a chance that we can prevent, adjunctively support, or treat mental illness through such natural solutions, then shouldn’t we at least give them a try before using the more invasive methods?

Since, as physical beings, our brains are all remarkably unique, the concentrations of substances needed to generate health and healing vary widely. The targeted ranges, those considered prerequisites of good health, are not necessarily healthy for everyone. These ranges, based on established practice guidelines; if strictly adhered to; may actually create or exacerbate illness. For example, when children experience phenylketonuria, a genetic disorder of metabolism within which there is a deficiency in the enzyme needed to convert the amino acid phenylalanine into tyrosine; they develop an accumulation of phenylalanine in the bodily fluids which causes varying degrees of mental deficiency. The natural solution lies in a diet containing reduced amounts of phenylalanine. A “normal” amount is actually too much for these children, since their genetics prevent them from metabolizing it properly. For them, a decrease in the consumption of phenylalanine will result in an approximation of the optimum concentrations; leading to the alleviation of the disease (both mental and physical). The desired amount, for them, is significantly less than that of the standardized norm. Healthy amounts of the needed substances, for any of us, may be different than those obtained through our regular diet and genetics (too much or too little); and may vary widely from person to person. They may also deviate significantly from medically established target ranges. Sometimes the only way to know for sure is to vary the concentration of the substances, and then observe what happens. This can both confirm a diagnosis and point to a course of treatment.

Additionally, molecules of harmful substances can interfere with the optimal concentrations of needed ones, and can impact each person differently. Such potentially damaging substances could derive from household cleaning products, cosmetics, fragrances, personal care products (shampoo, body wash, toothpaste), and water, to name a few. Besides blocking or inhibiting healthy levels of needed substances, they can trigger things like allergies, infections, and even cancer. It is important to learn how much molecules matter.

After understanding a problem, and creating the optimal molecular environment, we may have alleviated the physiological contributions to the symptoms. However, we still have the habituated cognitive, perceptual, and emotional patterns to deal with. If we pull in my previous blog post, we could see the problem as a healer trying to be born. If we consider an orthomolecular solution, we might vary the concentrations of niacin and vitamin C. If this helps create the needed molecular environment, then we would still have the cognitive, perceptual, and emotional habits to unravel and connect with truth. With the body restored to good health, after removing the physiological contributions to the problem; it becomes easier to break such mental habits. For example, if your aunt Suzy had symptoms of schizophrenia, learned to think of herself and the world as judgmental and terrifying, and developed patterns and triggers of profound anxiety related to these beliefs; then when she is feeling better due to the orthomolecular changes, she will be better able to learn new habits and contexts of thought, perception, and emotion. Her unhealthful physiological environment will no longer be creating or supporting such mental processes. With self acceptance and proper guidance; following the orthomolecular changes; the healer trapped within her can be born.

My next post will consider an Ayurvedic approach to mental health, which asserts that only a sound mind can keep the body in sound health.

Have you ever used vitamins, enzymes, or amino acids to alleviate symptoms of mental or emotional distress? What have you found most useful? Have you ever known anyone who seemed to be severely mentally ill and then recovered naturally? Do you know how they did it?

Maybe those things you did, while you were in that END_OF_DOCUMENT_TOKEN_TO_BE_REPLACED