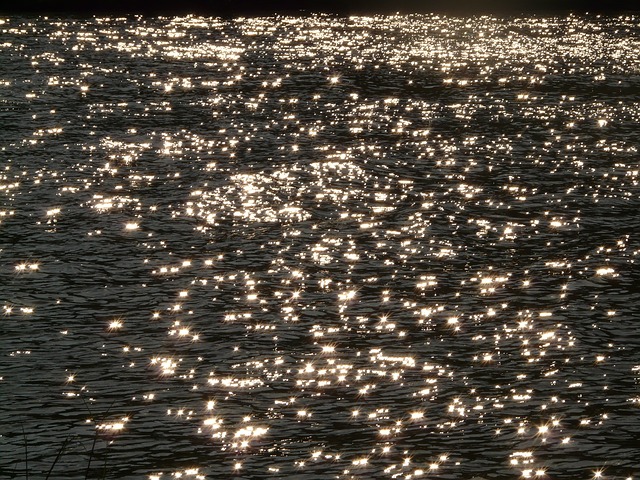 “Creation is light and shadow both, else no picture is possible.” – Paramahansa Yogananda

“There’s something I’ve been wanting to talk to you about. I don’t know why it’s been so hard to bring up. I’ve actually been experiencing it for as long as I can remember.” he stammered hesitantly, as if torn between simultaneously conflicting desires. “Go on, if you want to.” I responded calmly. “It is your choice. Whether you share it or not is totally up to you. Either way is fine with me.” I continued, creating the space he needed to take the plunge. “But I feel bad for not telling you sooner.” he murmured mournfully while tearing up. “I just couldn’t! I tried, but I just couldn’t! It is like something in my own head was stopping me!” he exclaimed ambivalently, now growing agitated. “I can tell this is really hard for you, and I appreciate you taking the risk to trust me to this point. You can still stop any time. It is up to you.” I said, even more calmly now. “What time is it?” He asked abruptly, as if his energy had shifted. “7:15,” I replied factually. We still have plenty of time for whatever you may want to share.” “Fuck!” he ejaculated forcefully. “There it is again! It is trying to change the subject!” “Does this have anything to do with what you have been wanting to tell me about?” I asked gently. “How did you know?!?!” he asked incredulously. “You just told me.” I responded calmly. “Thoughts form in my head that aren’t mine. I don’t know where they come from, and I can’t stop them. Sometimes I am aware of them; and sometimes I realize, after the fact, that they were the cause of what I said or did,. There are probably times when it happens and I don’t realize it at all. I mean when these other thoughts determine my words and actions without me even knowing.” he cathartically spurted, like a geyser finding its long-awaited release. “Sometimes while in a conversation with someone, I am formulating my response, but so is something else in my head. It is not me, they are not my thoughts, but I can’t stop them. Then, all of a sudden, I find myself saying what it was thinking instead of what I wanted to say. Sometimes it is mean. Sometimes stupid. Sometimes it is completely irrelevant to the conversation. When this is speaking, I often interrupt others, as if to stop them from talking while over-powering them with my, or its words. When it speaks through me, it is more intense and expressive than I usually am, so I think this is what people remember, and who they think I am. I feel like a prisoner of myself! I feel like I am being held hostage by my own mind! Sometimes I blame this on others because I don’t want to be so wrong, or so crazy! It really freaks me out! I am scared of it! Besides thoughts and words, it often determines what I do. It is evil, like some kind of dark presence. It usually causes me to do destructive or sabotaging things. I am sitting right there in my mind watching it, but I can’t stop it. Sometimes I don’t remember anything I do while under its influence! If I start to remember, it is like I am outside of myself watching a dark shadow that is surrounding or replacing me operate through my body while I am somewhere in the distance helplessly witnessing what is happening!” he asserted ardently. “The thing that scares me the most is that sometimes I can’t tell the difference between me and whatever this other thing is.” “Thank you for sharing. We can deal with this together. The first step is to gain more awareness of what is happening. Would you be willing to meditate and write in a journal on a daily basis?”

Whatever their origins, there are often other forces, spirits, or influences present within our minds. Because we usually do not realize this, we may attribute such influences to people, places, or things outside of ourselves. We may blame our partner, neighbor, or friend; the house or area we live in; or our job, the environment, or the economy for the depression, anxiety, or disruption such influences may produce. Whatever it is, it is not the real you. It is not your true nature. Whether understood as Eckart Tolle’s pain body, the shadow self, or an evil spirit; when it is there, it is very real. Denying it will allow it to flourish and strengthen. If it grows big enough and strong enough it will overpower the mind, and may take its host over altogether. Think of it as a potential murderer, arsonist, or rapist living in the shadows of your home. Do you want to deny, avoid, or ignore them because you are uncomfortable with them; or do you want to reveal them and get them the hell out of your house? If you ignore them, allowing them to gain more of a foothold in your home; will they be more or less dangerous? Such invisible terrorists can do more damage than their physical counterparts. This is because they look a lot like you and me. If you are experiencing darkness, or negativity you cannot yet control; then you may want to learn more about the Seed Sheath of the Causal Body from Ayurveda, understand the need for grounding, and focus on the Survival Red section in the Seven Colors of Happiness. Physical and spiritual grounding will make it easier to gain and maintain awareness of truth (like an anchor).

Not all such influences are dark. Some represent the wisdom of the ages shining through the light of awakened consciousness into the unsuspecting minds of highly sensitive people. When this occurs, there may be a healer or teacher from the past or future attempting to work through us. If we do not realize this, then we will probably just think we are crazy. Those diagnosed with schizophrenia, Aspergers Syndrome, and Bipolar Disorder; to name a few; may experience either type of influence. Because they are highly sensitive, they are more vulnerable to the energy of such forces. If they are aware of their sensitivity, and the presence of their visitors; and if the visit serves a healing or evolutionary purpose; then it can represent an expedited elevator to enlightenment. It can also be a demon taking stage. Becoming aware of them (the influences), separating ourselves from them, and determining whether they are healing or destructive is the first step. Gaining this awareness is a necessary stage in our spiritual development. If we attain it, then whether the influence was good or evil we will have learned an important lesson. If the influence was that of a healer or teacher, then we can learn how to interpret and manifest its wisdom. If it was darkness, then we can replace it with the light.

It is nothing to fear. It is something to become aware of, accept, and deal with. Regardless of how it seems, you do hold the power over it. If you are afraid, then it is your fear that can give it the power. The light of truth holds the greatest power, will reveal what is lurking in the shadows, and will protect you from illusion if you let it.

Maybe those things you did, while you were in that END_OF_DOCUMENT_TOKEN_TO_BE_REPLACED