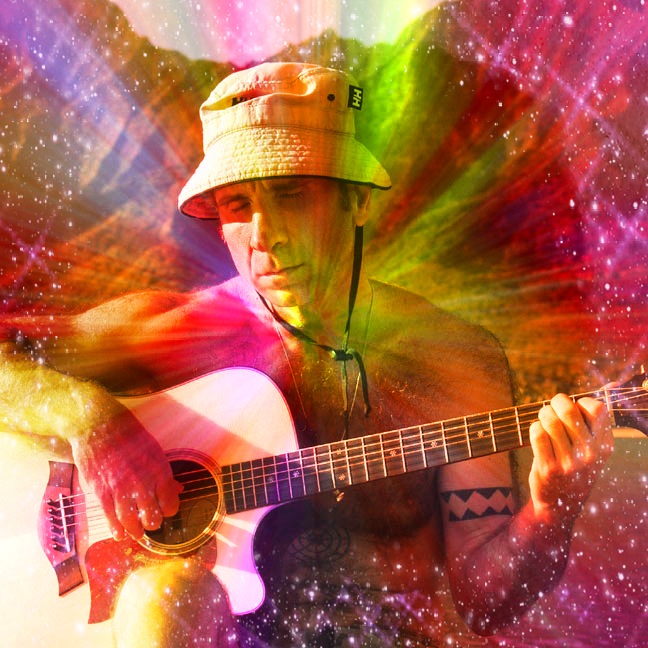 As a shrink, shaman, and spiritual teacher I have had the privilege of helping hundreds, if not thousands, heal and grow. These include trauma survivors who encountered childhood sexual abuse, rape, domestic violence, auto accidents, combat, torture, disabilities, homicide, suicide, or shark attacks. In my travels, I have worked with five superhuman shark attack survivors; among whom surfer Bethany Hamilton may be the best known.

I am a survivor too, of multifarious mishaps; including a childhood hit and run, assorted barbarous batteries, a cataclysmic car crash under the impotence of a drunk driver, and the insidious theft of my vision by retinitis pigmentosa over a period of years. All told, I have survived more than 20 traumas in my relatively young life. In two of these, once when leveled by a tanked motorist while returning home from a health food store in college, and again when brutally assaulted to unconsciousness by eight wasted, tweeking rednecks after a club gig; I flat-lined.

Although each of these events or processes was indescribably painful on physical and sometimes emotional levels; there was something else there too, or somewhere else, that never changed. When run over by a speeding car as a pudgy young geek, and during both of the phrenetic paroxysms producing flat-line fantasias; I experienced a bright light, warmth, and bliss exceeding anything heretofore imagined. Following these encounters; except during the hormonally induced amnesia of my adolescence; it became easier to remember and access this wondrous place. Perhaps this is because I was emersed in it fully on three different occasions, rather than peripherally reaching its outer fringes during meditation or daydreams. When stumbling upon it during calamitous kerfuffles, intentionally seeking its door, and then learning to live continuously within its euphoric radiance; I encounter my soul at its core.

After recovering from each of the ordeals, and at this point in my life; I sincerely believe that every one of them, like a challenging tutorial in a subject I crave; is a blessing in disguise.

My life is a series of miracles, I have fully transformed three times in its ascension thus far, and remain the happiest, healthiest person I know. And, although affluence bears no resemblance to felicity, and not withstanding the fact that some wield greater material abundance than my own; mine has exuberantly exceeded my fantasies, hopes, and dreams.

In addition to connecting with awakened consciousness, the divine source from which non-resistance, non-judgement, and non-attachment derive; I have found a few practical things helpful when encountering such disquieting situations. These include writing, composing, playing, or listening to music; exercising; meditating; helping others; crystals; pets; plants; sunshine; resuming goal-related activities ASAP; gourmet sex; the ocean; positive people; evolutionary reading; and unconditional acceptance. These things offer their greatest benefits when illuminated by the light of awakened consciousness. Either way, however, on a physiological level, they demonstrate to the brain that we are no longer under threat (we could not be enjoying such things if we were under attack), encouraging it to shift back from Survival Mode into Safe Mode. Depression and anxiety can both be secondary responses to sudden or sustained trauma. PTSD is itself an anxiety disorder, but other generalized or specific forms of angst can pop up following such upheaval. No matter what happens, and no matter what the physical or mental effects may be; we can rise above them to reach true happiness,  joy, and peace.

I recognize that each of us if capable of accessing only those options available to us at our current level of awareness. Nonetheless, there is an elevator to ecstasy available to everyone everywhere. All people at all levels can benefit from the practical knowledge that when our brain believes we are safe then we will have access to our full range of thought, possibilities, and courses of action; including those leading to hope, health, and happiness. This knowledge will empower people to improve their lives whether understanding it from the broader perspective of universal consciousness or the more concrete physiology of the human brain.

I hope the entertainment, spiritualism, self disclosure, and education embroidered into this little saga  will help point others toward the endless ecstasy available and waiting for them now.

Some traditional methods for dealing with trauma which can, especially when combined with the spiritual and practical processes referenced above; help ease the struggle and shorten the recovery time include:

You may also want to check out these resources:

Have you ever experienced a trauma? Did some of the things that worked for me also work for you? What helped you the most? Have you yet been able to transform it into a benefit??

Maybe those things you did, while you were in that END_OF_DOCUMENT_TOKEN_TO_BE_REPLACED