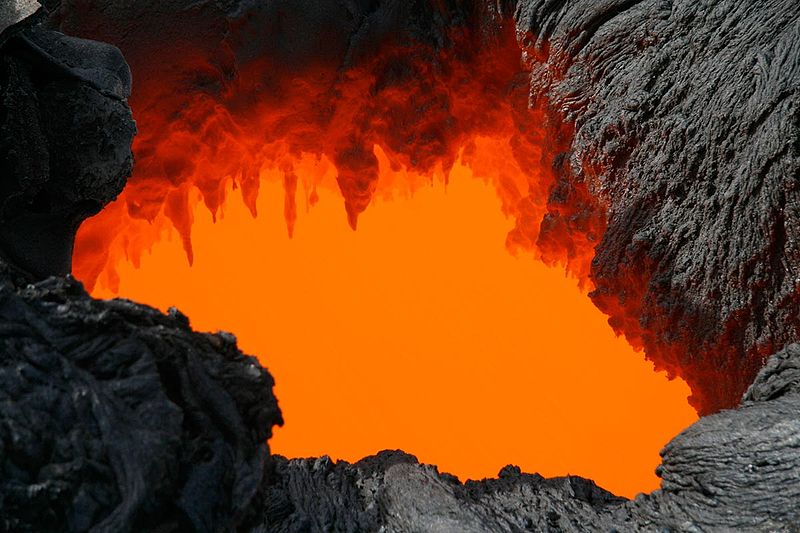 Have you ever awakened to the saffron-tinted, thickly scented swirls of burning trees and noxious vog; permeating your senses, and limiting visibility to a few toxic meters? Like a ghost from hell, the smoky swell, laced with sulfur dioxide, was hanging so thickly this morning over our seasoned seascape, that the waves could not be seen across the yard. Vog is the volcanic equivalent of smog, and fogs up our senses, and our sleepy-headed minds; with the smell, the taste, the burning eyes of smoldering, reeking, stenchful rotten eggs. When combined with the sooty, caliginous vapors drifting over the desumated countryside, where majestic trees were melted into ash; ; this pernicious miasma, like a brownish-yellow specter; obsequiously  wafted, intermingling with the smoke. The icing on this molten magma morning was humidity so high that it just hung there. Moisture droplets hung suspended in the thickened air, air so dense you could separate it with your hands like a misty curtain; watery beads that pendulously dangled like they were clinging to a monstera leaf, gardenia petal, or Areka frond; but were hanging on the air alone, in blonde. How gorgeous.

This amberesque triumvirate, comprised of vog, wood smoke, and wetness; formed from Pele’s fire, and Ana’s wind and rain; has been called, by some, our heaven’s hell, earth bane. Since Hawaii, for many, is Paradise in carnet; the oozing rivers of fire, yellow clouds of poisonous gas, and wildly raging hurricanes; occurring simultaneously in the Big Island’s Puna District; feel to some like Hades broke through Heaven’s gate. Could nirvana possess its own private netherworld? Is this raging inferno of flaming scoria, nocuous effluvium, and sooty vapors; mixed with violently whipping winds and torrential rains; an abyss where the wicked are punished, the occasionally evil are sanctioned, where the bad are sometimes thrust into the pain? I think not, although it makes a colorful story line. Perhaps those who think this should examine their lives and seek release from shame and guilt, or fear’s disdain.

In spite of the fact that these  seemingly ominous occurrences could be perceived as lugubrious latitudes,, disrupting dreams and halting tourist fares; I find them beautiful, powerful, and magical; a rare and wonderful existence; and I cherish every moment I am there. Pele’s explosive gesticulations of oozing obsidian, of molten lava flowing toward the sea; have added miles of land, rock sculptures, and black sand. It is estimated that lava deposits account for more than 500 acres of new Big Island real estate since 1983. In fact, my oceanside property rests upon a bed of lava rock. I like the gases, too, and find them energizing and alive. When standing over a vent of her steaming vapors, inhaling deeply in the mysanthropic mist; I feel excited, as if the earth herself I’ve kissed. Does this make me a dragon? A demon? A crazy man from somewhere west of this? And I love a good storm. Tempestuous gales, earth-rocking thunder, and pouring rains bring me comfort; as one we two exist. Draw your own conclusions…

Maybe those things you did, while you were in that END_OF_DOCUMENT_TOKEN_TO_BE_REPLACED