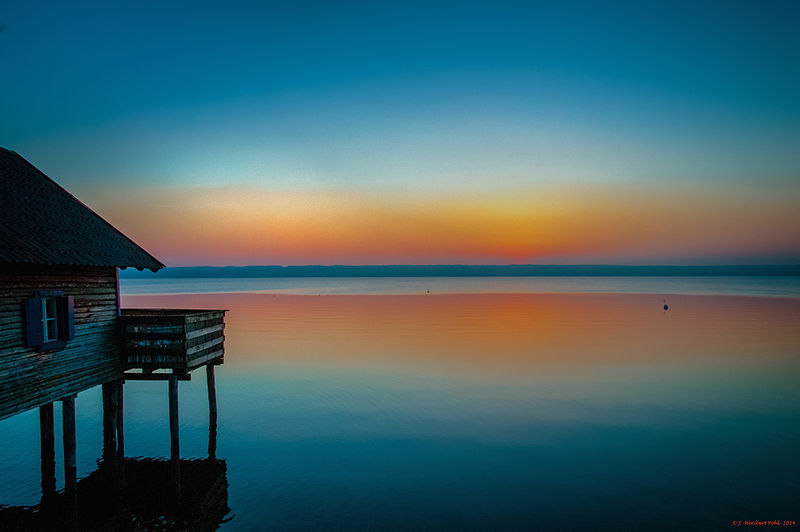 “Our love is so unbelievably amazing! I am so lucky! I can’t believe I have you, our wonderful home, and dreamy life!” she bubbled excitedly. “I am so proud of you! You are so handsome and intelligent, and everyone really looks up to you! I love you so much! You mean the world to me! You are all I’ll ever need!” she simpered exuberantly, while caressing his willing ass. “Thank you, Sweetie. We are really blessed.” he replied calmly, as if bracing himself for something. “When writing in my journal this morning, and reflecting on the truth; I can’t believe I treat you the way I do when I am acting out! I am so ashamed! You are so sweet, gentle, and caring; and I make you seem like an abusive monster so I can justify my own destructive behavior.” she murmured mournfully, while tearing up. “I am so sorry Sweetie!” “I understand. Apology accepted.” he calmly said, while fidgeting restlessly in the calm before the storm. “What do you mean you understand?” she snapped sharply. “Are you saying that I did something wrong?” “No Sweetie, I was just acknowledging what you said.” “No you weren’t. You sounded upset!” she said angrily, growing agitated. “What are you accusing me of this time? Why do you always have to be so critical?” she yelled, escalating into a trembling rage. “Sweetie, I am not upset, and I was just acknowledging what you said.” he stated even more calmly and factually than before. “I hate you!!! You are such a fucking asshole!!! I just wanna die!!!” she shrieked tumultuously, now in a full-on frenzy; while shattering a wine glass, kicking the wall, and slamming the bedroom door.

From the illuminating perspicacity garnered from my practices of psychology, spiritual teaching, and shamanism; in addition to realizing that the brain activates states I refer to as “Safe Mode” and “Survival Mode” in response to real or imagined conditions; I have learned that, for some, the brain triggers an abnormal state of excitement, which I am herein defining as “excitosis.” From my observations, this state is entered from Safe Mode; involves gradient scales of euphoria, agitation, impulsivity, cognitive distortions, irrational beliefs, obsession, grandiosity, loss of control, rage, delusional thinking, paranoia, and/or hyperactivity; and is found in the traditional diagnoses of high functioning autism (e.g. Asperger’s Syndrome), bipolar disorder, schizophrenia, ADHD, PTSD, various personality disorders (e.g. schizotypal), and substance abuse. Within this abnormally excited state, people will cross over from what started out as a naturally happy, positive place into Excitosis Mode, which often results in unexplained meltdowns, rage, impulsive decision making, extreme or bizarre behavior, breakups, violence, and/or suicidal thinking. The most unfortunate thing about this state is that, when people finally start feeling really good, their joy may morph into madness in a millisecond without their knowledge of the shift.

When their natural enthusiasm crosses over into Excitosis Mode, people begin thinking, feeling, speaking, and acting quite differently without realizing it. They usually believe that they are still in their previous state of happiness, don’t understand why others are treating them so differently, and often believe that people just don’t want them to have any fun. They will no longer be able to make rational decisions, balance priorities, or handle responsibilities. Judgement is impaired, perception distorted, and reality lost. Their sole focus now becomes doing more of what they want or what makes them feel good, regardless of the cost, consequence, or impact on others. This metamorphosis may occur in a matter of minutes, or may gradually develop over a period of weeks or months. When alarmed others point out their concerns, they are usually met with some form of anger, defensiveness, or withdrawal. These reactions typically occur first in thought, then emotion, followed by word, and finally through action (although they can instantly explode into raging words and actions). When ecstasy turns indignation, all may fall into a calamitous kerfuffle.

For example, If you are feeling  seriously stoked after a vigorous workout, receive loving praise from your honey, and treat yourself to a Nutella banana crepe; and if this natural enthusiasm transitions into a hyper, impulsive, grandiose surge of over-stimulated, uncontrollable agitation; then you have shifted from the normal excitement of Safe Mode into Excitosis Mode. Just as the brain, when it shifts into Survival Mode, blocks access to all thoughts, possibilities, and courses of action except those that will help us survive when under threat; when switching on Excitosis Mode, it blocks out all thoughts, possibilities, and courses of action except those related to helping us get what we want in the moment. In this mode, our survival instincts, safety precautions, priorities, responsibilities, judgement, and access to the relevant truth of our past experiences are severed; while we demand immediate gratification of our impulses without consideration of the consequence. Since we can no longer access the context of truth related to our situation, we can easily believe that our demands, methods, and decisions are justified (in this mode, we are unable to access the memories or information that would show us otherwise).

Because of its inherent influence upon judgement, reality testing, and self control; Excitosis Mode can create tragic and destructive circumstances in our lives. People will end relationships, quit jobs, stop going to college, cancel valued activities, destroy friendships, and attempt suicide. They will overspend, engage in risky behaviors, cross boundaries, ignore commitments, or disregard important plans. They will do these things with the self righteous conviction that they are fully justified in their actions. At these times they have no access to the parts of their brain that could show them otherwise. They need serious help but are unlikely to accept it. When you try to show them the truth, you will probably be attacked, blamed, or left. Those in Excitosis Mode do not realize what they are doing, and need our help whether they want it or not. After they act out in Excitosis Mode, and then shift into Survival Mode; they will eventually return to Safe Mode again. If we can hold on, protect them from themselves as much as possible, and be there when the storm has finally passed; then we can help them see the truth again, at last.

To deal with this, those in Excitosis Mode must work continuously to remain calm, balanced, and lucid; monitor thoughts, emotions, words, and actions; and enlist the help of someone who is usually available to provide reality testing feedback. Since this is a dynamic and unpredictable phenomenon, it could occur at any time, anywhere, under any circumstance. However, when studied, it is usually possible to predict most of the people, places, and things that may trigger the shift.

My belief is that those with these unique and sensitive brains are links to the evolution of humankind. They pick up on more sensations, stimuli, and energy than most; and are overwhelmed by them. Most others do not share their experiences, so they feel weird, different, or crazy (and are often labelled as such). They are too sensitive for this world, but live in it nonetheless. Until it evolves, they will be unstable, uncomfortable, and often unaccepted. They will often hate themselves for being different, and be avoided by others. Society will try to force them into conventional boxes to make itself more comfortable; either destroying them, or medicating them into “normality;” thus delaying the evolution of humanity. When someone is sensitive enough to access higher vibrational frequencies, the spirit world, or the cosmos; they are the teachers, healers, and minstrels of the future. I believe we need to welcome, accept, and care for them until they help us connect with the source of conscious infinite light. After the world has awakened, what I am herein referring to as Excitosis Mode will become our normal means of accessing higher consciousness (this highly sensitive brain will then represent the most advanced brain with the greatest capabilities).

It may be difficult to understand how something currently considered so abnormal could ultimately be viewed as highly beneficial. Reflect, for a moment, on humankind’s overwhelming resistance to growth and change. Think about its unwillingness to accept different races, ethnicities, and sexual preferences; religions, philosophies, and methods of healing; countries, cultures, and rules of government; equality, rights, and protection of others. Consider that those differing from the localized norm were banished, beaten, or murdered because they were different. Try to grasp its magnitude by remembering those killed during the Crusades, the U.S. colonization, the Nazi Holocaust, the women burned at the stake for being alternative healers or just dressing differently, the women of India, the visionary leaders like Martin Luther King, Jr., The Vietnam Conflict and Gulf Wars, and the list goes on. These are relatively recent examples from a mostly Western view; but if you gaze through the lens of other world regions, you will find a similar outlook. Now, think about the benefits we have acquired after millennia of unnecessary suffering. How much further along would we be if we had peacefully accepted each of these growth opportunities without violent resistance? How can we apply this wisdom now?

Those with highly sensitive brains are usually unable to effectively ground to the material world, which makes life, in its current predicament, extremely challenging for them. This same condition, however, is what makes it easier for them to perceive and connect directly with universal consciousness. On the earth, they are ungrounded, confused, and often overwhelmed; sensing things that most others are unaware of, and that they themselves do not understand. There is no normalized context for harmonizing a quantum wave function, intuitively sensing the spirit world, or interacting with past life experiences. Such phenomena are often frightening, confusing, and destabilizing for those experiencing them. They do not know how to interpret or respond to these phantasms. Those around them often believe they are crazy or evil. They are too sensitive for this world.

When connecting directly with universal consciousness, which requires a great deal of sensitivity, belief-based focus, and joy; there is no need to refer to our past experiences, commitments, or priorities; because we will dynamically be perceiving everything, everywhere, every when. Those described above are already beginning to experience these wonders, although they do not understand them as such or know what to do with them (because they are not sanctioned by the masses). I believe it is a mistake to doubt or discredit their experiences simply because we may not share them. We can love them and learn from them.

Maybe those things you did, while you were in that END_OF_DOCUMENT_TOKEN_TO_BE_REPLACED